Alain Wozney will oversee both the Fraser Valley Rush and the Greater Vancouver Canadians teams this season. Wozney is entering his 10th season working in the BCEHL and his 9th with the Fraser Valley Rush program, serving as the program’s general manager since the 2014-15 season. He will also take on the role of general manager with the Greater Vancouver Canadians program for his second season. He last oversaw the Canadians in this role during the 2013-14 season. Wozney has over 40 years of experience working and playing in the minor hockey system in B.C.

Tony Lindsay has been coaching male and female hockey for over 35 years. He has spent the last 10 years focusing on female hockey specifically. He is currently in his third year as the head coach of the Fraser Valley Rush.

Born in Smithers, BC and raised in Richmond, Lindsay graduated from Simon Fraser University and was qualified as a Chartered Accountant in 1989. His career coaching highlight is coaching three female teams to BC provincial championships.

Shannon Morris-Reade has taken on the role of general manager for the 2022-23 season after spending the previous three seasons behind the bench of the Greater Vancouver Comets’ program as an assistant coach.

Morris-Reade, who calls Port Coquitlam home, earned her Bachelor of Sciences degree at Lindenwood University where she also played for the school’s Division 1 women’s hockey program. She works full-time as a Cardiology Technologist.

Melanie Jue will lead the bench staff for the Greater Vancouver Comets this season, which will be her first year in the BCEHL. Coaching has taken Jue around the world. She was an assistant coach with the Chinese Women’s National Team in 2022, an assistant coach with the Varsity Women’s hockey team at Lindenwood University (NCAA) from 2015 to 2018, and she spent three years at the Pursuit of Excellence (now RINK Hockey Academy) in Kelowna.

The Richmond MHA graduate attended Cornell University in Ithaca, New York, where she received a Bachelor of Science in Applied Economics and Management. During her time there, she played for Cornell Women’s Hockey Team from 2006 to 2010 and was inducted into the Cornell University Athletics Hall of Fame in 2021. Jue also played professionally for Kunlun Red Star in the Zhenskaya Hockey League (Eurasia) from 2017 to 2021. 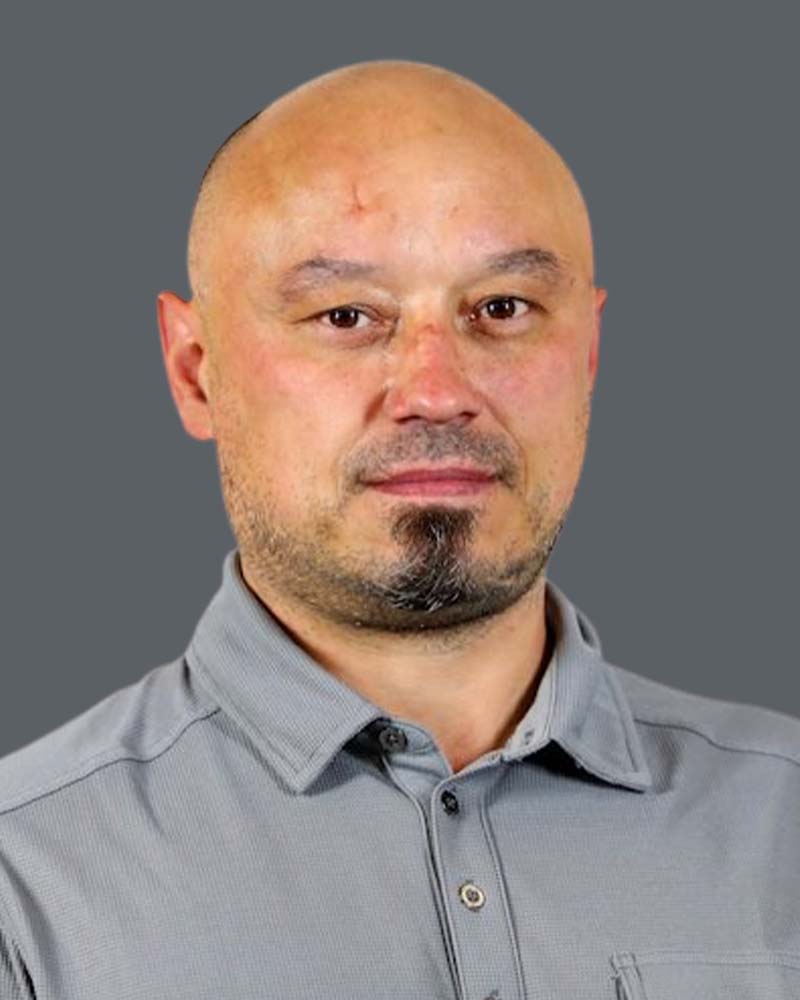 Mirsad Mujcin is in his fifth-year coaching in the BCEHL and first season with the Northern Capitals. He believes that the BCEHL is beneficial to many young players in northern BC and has allowed them to play a higher caliber of hockey, while also allowing them to develop new friendships within the game they love.

Mujcin was born in Yellowknife, NT. During his playing days he was forced to move away to Edmonton to pursue playing AAA youth hockey. After his youth hockey days, he went on to play in the Western Hockey League and the East Coast Hockey League (ECHL). He is a certified collision repair technician and now is a shop manager with Craftsman Collision.

Erin West is entering her third season as a part of the BCEHL and first as the general manager of the Thompson-Okanagan Lakers. The Salmon Arm native has compiled over 16 years of experience volunteering within various hockey associations in various roles including as a team manager, safety person and risk manager.

West has earned a Business Administration Diploma, Bookkeeping Certification from Okanagan University College and a Personal Financial Services Advice certification from the Canadian Securities Institute. She is a full-time financial advisor.

Although this is his first season as the head coach of the Thompson-Okanagan Lakers, Ed Patterson has strong ties to the hockey community in Kamloops. He spent eight years coaching and facilitating clinics with Kamloops Minor Hockey Association, eight years as head coach of the Kootenay International Junior Hockey League’s Kamloops Storm and the two seasons as an assistant coach with the Kamloops Blazers of the Western Hockey League (WHL).

Patterson played his minor hockey with Delta Minor Hockey Association before playing for the Seattle Thunderbirds, Swift Current Broncos and Kamloops Blazers of the WHL. He accumulated 15 years of professional hockey experience, playing in the International Hockey League (IHL) in North America, Deutsche Eishockey Liga (DEL) in Germany, Elite Ice Hockey League (EIHL) in the United Kingdom and the National Hockey League, where he played 68 games for the Pittsburgh Penguins from 1993 to 1997.

Katrina Hawkins is entering her first season as a general manger in the BCEHL as she takes the reigns of the Vancouver Island Seals. Hawkins comes to the Seals after spending last season as the head coach of the North Island Impact Female U18 A team. She brings over five years of experience working throughout female hockey where she has held positions with Powell River Female Hockey and the Nanaimo Islanders Female Hockey Association, where she still serves as President of the Board of Directors.

Hawkins received a Bachelor of International Business with a minor in Environmental Policy from Chatham University where she also played on the softball team. Away from the rink Hawkins is a full-time accountant. 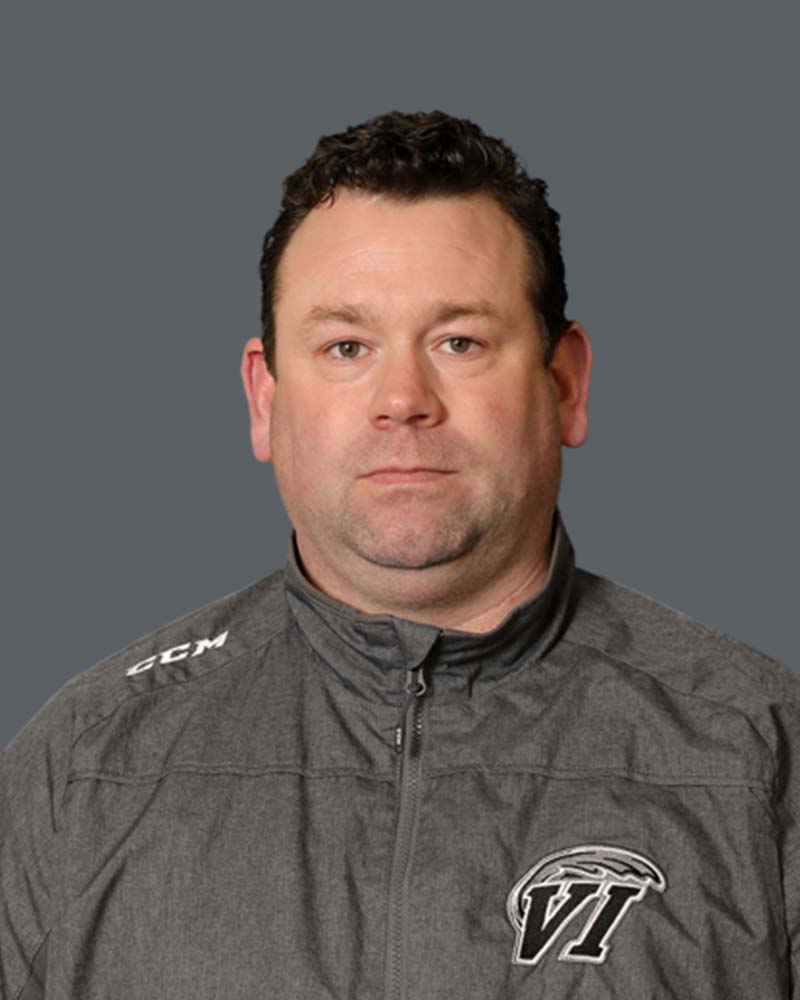 Jesse Hammill is entering his third season coaching with the Vancouver Island Seals program. He started coaching when he was only 17-years-old and has coached in the Vancouver Island Junior Hockey League (VIJHL) and the English Premier Ice Hockey League (EPIHL). He has coached, mentored, and managed at every level of the game from, the formally known, youth to Junior A.

Before he started coaching Hammill spent 13 years playing, with stops across Europe. Hammill’s most rewarding part about coaching the Vancouver Island Seals is watching athletes grow and achieve their goals, such as playing hockey whilst studying at the post-secondary level.